Guest post by Emily Packer from Trek To Teach

Although the rains came late, the monsoon season in Nepal was particularly long this year as it started in the beginning of July and continued through the middle of September. During this time, Trek to Teach forged on with the Kliyu school project by forming the construction committee, which then began selecting laborers and getting quotes about materials from suppliers. To participate in these meetings and decisions, there were many long bus trips along thin, rain-soaked highways from Kathmandu to Pokhara. Once in Pokhara, the trip to Kliyu consisted of wet mountain roads and efforts to push the images of imminent landslides out of mind. We were in the thick of it and we weren’t giving up. 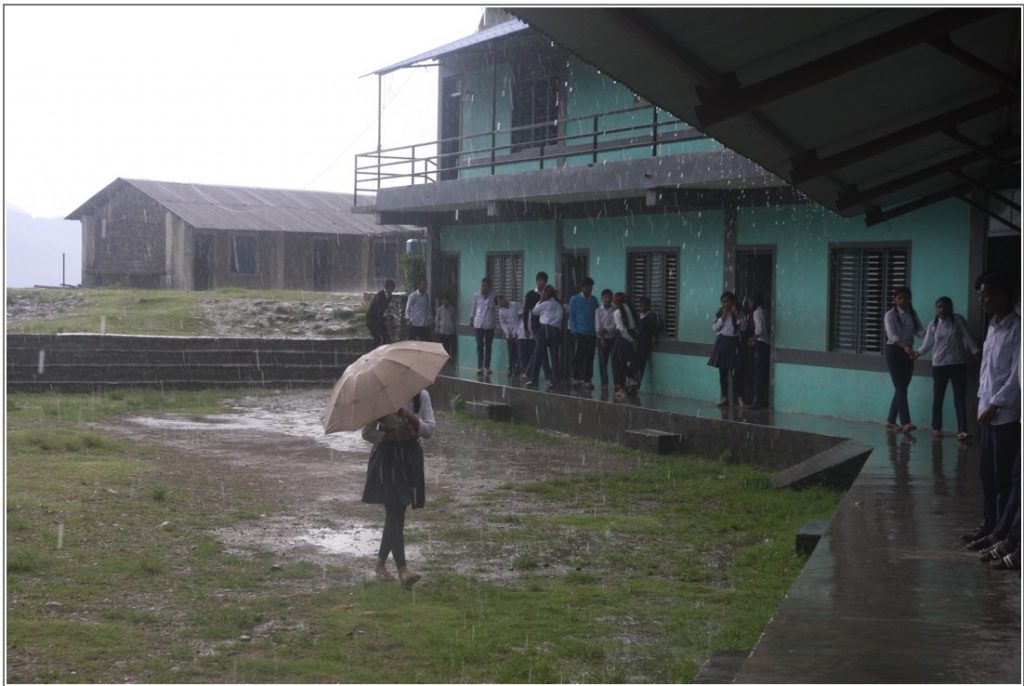 The construction committee put a lot of thought into who would make up the team of laborers. It can be hard to find work during monsoon season for manual laborers and with a long few months of rain predicted, the thought of finding reliable work was especially disheartening. With the locals in mind, the committee decided that the first preference would go to the skilled laborers in Kliyu and the villages nearby to enhance the living standard of those living in the area. That was an easy decision for the committee as all were in favor of filling as many positions as they could with individuals who have a personal connection with this remote region. “Why hire solely from the cities when there are skilled, able-bodied workers personally invested in this project?” was the sentiment throughout the committee. Immediately the moral of the committee soared, and the villagers were proud to contribute to revitalizing their children’s school. 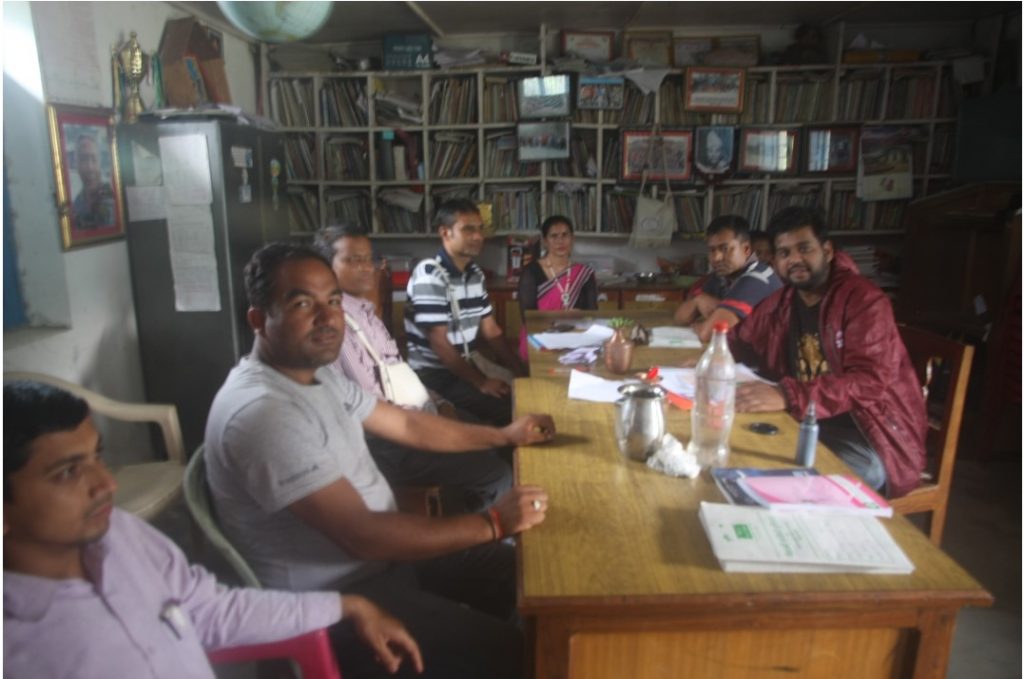 The first phase was then underway and the focus of this part of the construction project was devoted to pillars. Without reliable pillars, the rest of the project would be on shaky ground both figuratively and metaphorically. For this, the committee hired four skilled village laborers to build thirteen pillars. While the work seemed straightforward as these were experienced workers, the rains made it difficult for the pillars to dry. No matter, the laborers did as much as they could during the weather and still managed to complete this stage of the project in only two weeks. However, as the pillars then had to dry, this portion of phase one was based on luck rather than skill as predicting the weather can be extremely fickle (especially during this time of year). Fingers were crossed for the rain to hold until the pillars were strong enough for construction to move onto phase two. 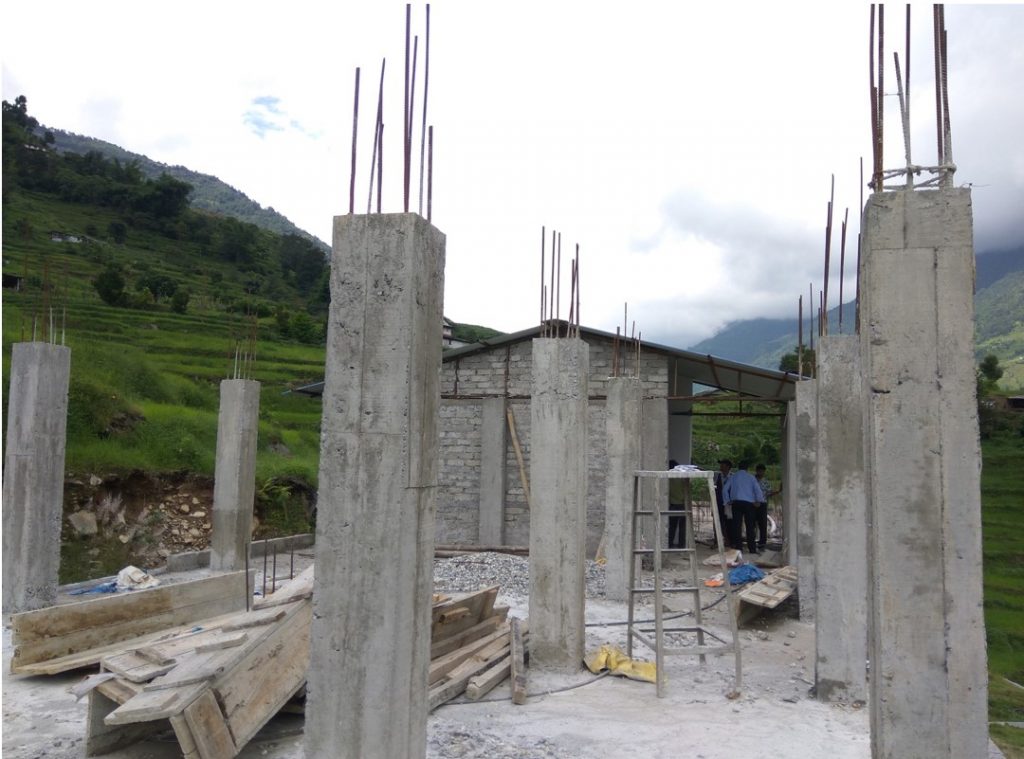 Once the pillars were completed and dry, the second phase of the project was focused on rooftop and truss work. For this level of detail and experience, the committee hired six workers and one supervisor from Pokhara. The supervisor was an engineer, so in addition to overseeing this portion of the project, he also made sure the additions were secure and stable. Although assembling the team for phase two did not bring any unforeseen challenges, bringing in the materials proved to be a difficult feat. With the heavy rains, it took ten days to get the materials from Pokhara to Kliyu’s school in what could have taken a few trips up and back in dry weather. In addition to the pouring rain, the road used to bring the materials was under construction as it was being pushed further into the mountains. Unfortunately, this meant that it was closed to vehicles from 11AM – 4PM every day. Luck was not on our side during this time and with the combination of the monsoons and the road construction, the project had to be delayed for three weeks. 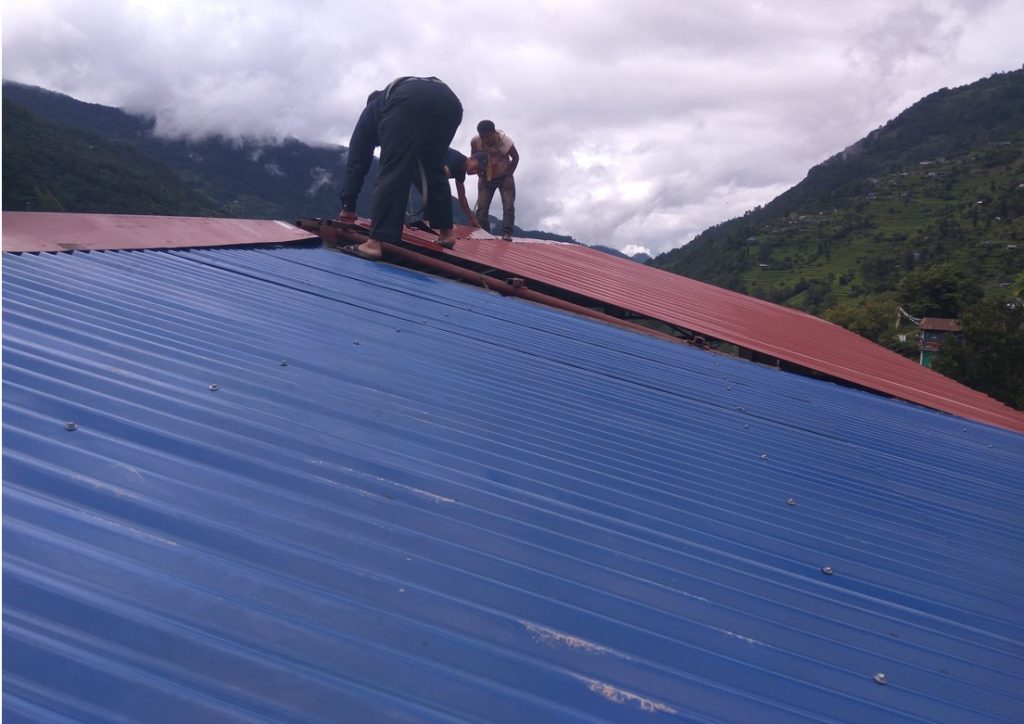 As the rains let up and the road construction was near completion, the project picked back up. The third phase was unique as it focused on the finishing touches of the projects, which included the wall portion, and the workers consisted of both men and women. Even though Kliyu is a remote village in the rural Himalayas, it is still progressive in not only the employment of women, but also in the sense that they are provided fair wages. A mix of men and women made up the ten workers from the village were hired for phase three. Even though this project, due to its nature and length, paid less than other construction projects, these workers were more than happy to provide their skills as they were passionate about this particular project. The rebuilding of the school is near and dear to their hearts as they know that by working on this project, they are working on their children’s futures. The comradery around the construction site was palpable during phase three as everyone was working toward the same goal – a better future for the next generation. 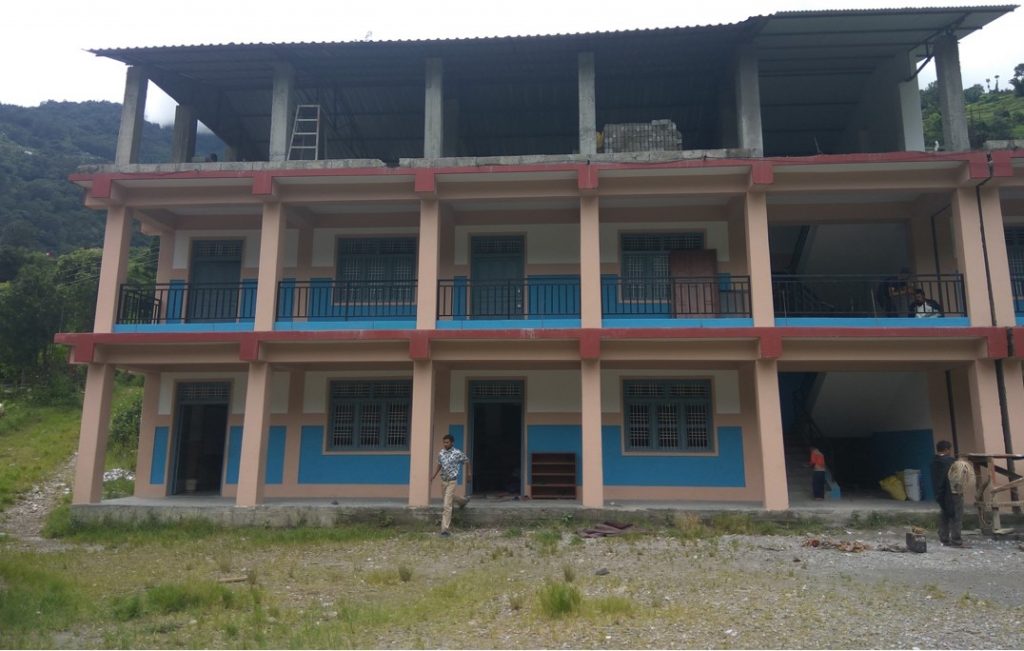 This post is an update to our ongoing charity initiative in Kliyu, you can read more about it here.

If you are a myTEFL grad and would like to share your teaching/travel experiences, please email [email protected]

Courses start at only $139.
The first step in setting out
on your own adventures.
Read more>

Don't pay extra to get a job.
We secure overseas positions
for our grads with high salaries
and incredible benefits.
Read more>

Check out our
Charity Work

For every course enrollment,
we make a donation
towards a worthy cause.
Here's how we help.
Read more>

Your request has been sent
💬
Need Assistance?
X
By continuing to use this site, you confirm our use of cookies to store data. Find out more.I Agree