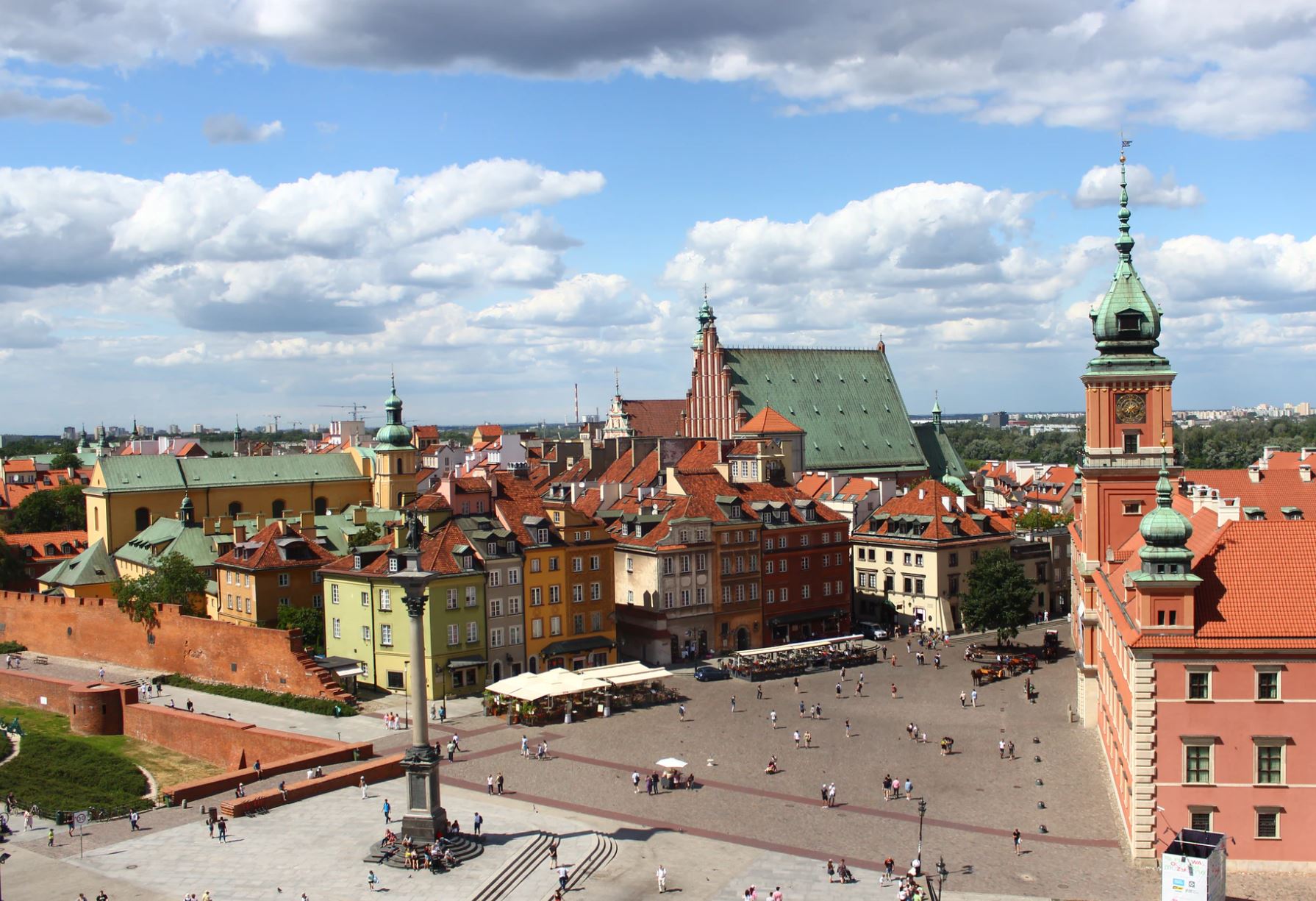 Top things to do when teaching English in Warsaw

If you’re heading off teaching English in Warsaw, you’re in for one seriously amazing experience. One of Europe’s fast-growing capitals, the Polish first city is steeped in history and buzzing with life. Look one way and there are immersive museums to hard-fought WWII battles. Look another and you’ve got rowdy vodka bars that rumble all night long. This guide has you covered when it comes to planning what to do and what to see…

It might be tricky to pronounce this one to the Uber driver (it’s wa-sh-ee-en-ki!), but it’s unquestionably up there with the must-see sights in Warsaw. Also known as the Royal Baths Park, it encompasses a huge swathe of the city center – nearly 80 hectares, in fact – and was originally designed in the 1700s for a rich Polish nobleman. Today, it’s got all sorts, from Neo-Classical buildings inspired by ancient Greece and Rome to stunning orangeries built in the Victorian style, along with Chinese gardens and a huge statue to the composer Frederic Chopin. It’s the go-to place to chill both summer and winter in Poland’s capital.

Praga is where Warsaw gets its moxie. An area of real grit and character, it’s now riding high as the hipster hub of the town. It’s not as pretty as the Old Town, but it’s way more authentic. The buildings here are cracked and the paint is peeling. There are even bullet holes left over from WWII dotting some of the façades. It’s all a bit of a USSR-inspired maze, weaving through hidden alleys and shadowy underpasses between imposing Stalinist tenement blocks. But there’s life here, and everyone teaching English in Warsaw should be sure to hit the happening beatnik bars and art workshops come clubs at least once!

Warsaw’s Old Town is the result of one of the most successful and ambitious re-building projects in post-war Europe. After the tumult of the 1930s and 1940s, this part of the city was left in complete ruins. But the Poles, determined to restore their capital’s former glory, set about recreating what was there like for like. Remember that as you stroll down the cobbled streets past the great redbrick Royal Castle and onto the market square, which comes fringed with elaborate medieval and Renaissance-era mansions. There are lots of open-air bars and cool cafés to check out here to boot.

Those teaching English in Warsaw looking for a break from past tenses for a little might enjoy the more scientifically orientated exhibits at the Copernicus Science Centre. It stands right on the side of the Vistula River, offering 450 installations covering three disciplines: Physics, chemistry, and biology. It’s said to be very hands-on. So, expect interactions with AI robots and swinging pendulums. Expect walkthroughs of the human body and anthropological looks at the development of human civilization. The highlight has to be the immersive Heavens of Copernicus planetarium, which pays homage to the Polish-born astronomer of the 15th century.

The second museum on this list of top things to do when teaching English in Warsaw looks back to the darker days of the last century, when Warsaw was under Nazi occupation. Specifically, it’s all about the heroic Warsaw Uprising, a 1944 attempt to rid the capital of Axis forces. You’ll hear recorded evidence of the uprising itself from fighters who actually took part. And you’ll get to see recreations of the sewer systems and ruins in which much of the combat took place. It’s a fine introduction to one of the formative episodes of the city’s history, not to mention one of the most important underground resistance operations Europe has ever seen.

Are you a veteran of teaching English in Warsaw? If so, we’d love to hear your thoughts about what’s great to see and do in the Polish capital. Or, if you want more info on teaching in Poland, be sure to head over to our destinations page.