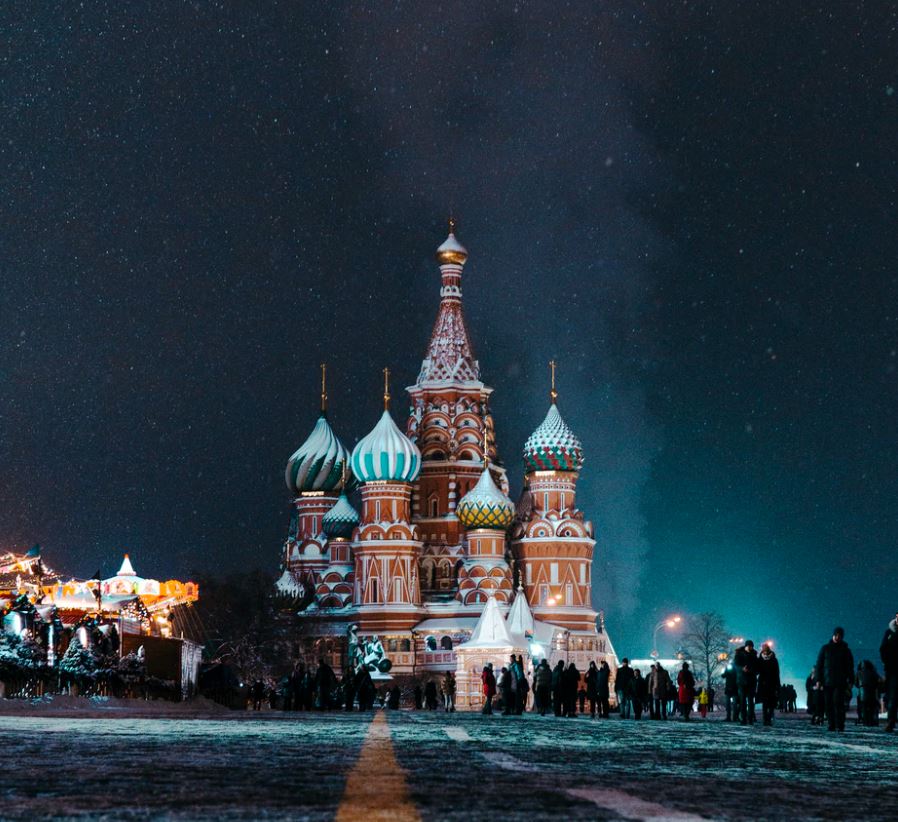 Oh, Russia – a colossal cut-out of Asia and Europe that spans from Baltic to Pacific, covers steppes and cities, seeps with history and art. There’s hardly a more enticing part of the world to head off on a TEFL adventure. Just to whet the appetite, here’s our list of 10 awesome reasons to teach English in Russia, as if you needed any more temping!

Whoever said size doesn’t matter clearly hasn’t been to Russia. This is the largest nation on Earth, and it’s got a population to match. Yep, there’s 144 million people living and working within its borders, with a growing cohort of them eager to learn English for both professional and personal reasons. That equals oodles of jobs for you myTEFL grads!

You don’t HAVE to have a degree

You read that right! Degrees are not as important as a side shot of vodka and a sour gherkin in this vast country. To put it another way, you don’t actually need one to teach English in Russia. Of course, if you do have a BA/BSc under your belt, you could be in better stead to apply for the higher-paid jobs.

The prospect of adventure

Most people who go to teach English in Russia will find a job in the famous cities of the west – Moscow, Petersburg, Veliky Novgorod. But, just one glance at Google Maps is enough to reveal how Russia extends over 9,000 kilometres beyond those, all the way to the wild Pacific Ocean and the edges of Asia. In short: Adventure awaits once school’s out.

In mainstay TEFL countries across Europe and even beyond, you’re almost always going to be better off being on the ground when you come to look for a job. Not so in Russia. There’s a big culture of pre-hiring and conducting Skype/Zoom interviews in the old land of the Tsars. Jobs are typically advertised online in September and January, prior to the start of the two main teaching terms.

Because there are so many teaching positions in Russia, there’s actually a pretty high turnover of staff. On top of that, you’ve got summer schools (enjoy the famous white nights folks!) and holiday language camps during the Easter and winter (thermals time!). The upshot? If you don’t bag a job to teach English in Russia during the main hiring months around autumn, it’s certainly not the end of the quest.

There’s no adventure like it on earth; the longest railway known to man, starting in Europe ending in Asia. A bucket-list topper if there ever was one, the Trans-Siberian can be completed in as little as two weeks (which fits neatly into a school holiday, ahem). It takes you across rolling steppe, into the tundra of Siberia, and across to the great Russian ports on the Pacific Ocean. Talk about teaching and traveling!

Salaries aren’t bad at all

You can expect to earn anything from $1,000-1,500 USD/month when you teach English in Russia. Granted, that won’t last long in the glitzy oligarch vodka bars of central Moscow. However, it’s above the average salary level for the country as a whole, and it can be supplemented by private tutoring and online teaching.

Anyone who’s ever visited Russia’s second city will tell you just how much of a masterpiece it is! Gold-gilded palaces meet shimmering canals and grand mansions dating back centuries. There are baroque statues and beautiful onion-domed churches, all audaciously placed on a drained swamp on the edge of the Baltic Sea. Come here to check off a big one from your travel must dos!

Tolstoy, Turgenev, Dostoevsky, Pushkin – these are the sorts of totemic names that loom in the literary past of Russia. If you’re into all that, be sure to plan trips out to Yasnaya Polyana, where Leo Tolstoy wrote his epic War and Peace. Or, head to the back streets of Petersburg, where Dostoevsky’s brooding killer walked in the immersive psychological novel Crime and Punishment.

Last but certainly not least, there’s Russian food. Okay, so it’s not as famed as Italy’s pizzas and pastas but there’s some seriously wonderful flavors to get through. Warm your bones in midwinter with a bowl of borscht beetroot soup. Snack on mashed potatoes in cream cheese with pickled gherkins and sour cabbage. Go wild on dumplings and kasha salads. Oh, and have some vodka at the ready to wash the lot down!

If you can think of any more awesome reasons to teach English in Russia (and we know there are loads more), we’d love to hear your thoughts in the comments below. Or, if you’re ready to start exploring this amazing country, check out our 120-hour TEFL course, which is what you’ll need to get applying for jobs in places like Moscow and St Petersburg.