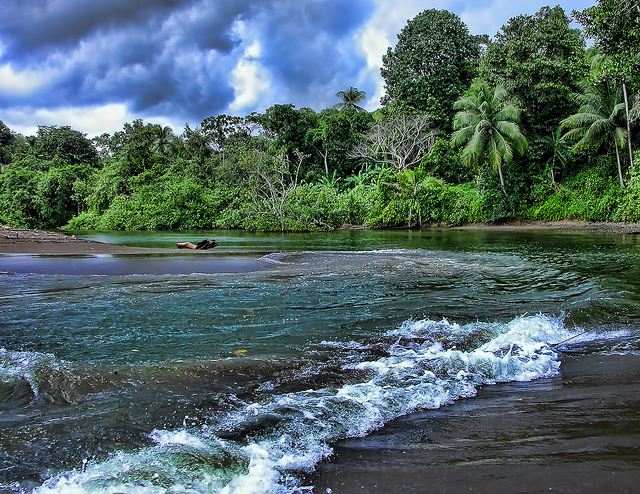 So, you’re looking for TEFL destinations in Central America? Great choice. This land of shimmering white beaches and turquoise seas, of misty rainforests and rare creatures, colonial towns and pre-Colombian history is sure to mean adventure and excitement. Here are just a few possible spots to get that wanderlust flowing…

There’s certainly no shortage of draws to magnetize the would-be teacher to Costa Rica. As one of the most popular ecotourist destinations on the globe, and one of the most biodiverse countries going, the whole place is riddled with old-growth rainforests, cloud forests, coffee-scented valleys, and roaring whitewater rivers. And just when you thought the adventure couldn’t go up another notch, places like Santa Teresa and Tamarindo come at you on the weekends with their roaring Pacific surf swells and glowing golden sands. Jobs shouldn’t be too hard to come by either – English is a requirement for many high-paying positions, so there’s plenty of demand for tutors in major cities and towns.

Much-loved Nica might not get the same press as other, more touristic, TEFL destinations in Central America but don’t let that put you off. This is a real undiscovered gem, hidden away from the beaten path and packed with beautiful beaches, fascinating colonial history, and famously happy locals. You could spend your time away from the classroom clambering up smoking volcanos, seeking out resplendent quetzals in the forests, or unravelling tales of Spanish conquistadores beneath elegant Baroque cathedrals. Jobs wise, it’s best to look in the midsummer and during January break for positions, and you can expect to rake in up to $800 USD per month once you’re going. Not bad, eh?

If you’ve got your heart set on mysterious ancient ruins and stepped pre-Colombian temples, then Guatemala is sure to hit the spot. Granted it’s not the easiest place to go in search of TEFL work, but so long as you go looking in the bustling capital of Guatemala City and don’t mind just breaking even on costs with those average $600 USD a month wages, there should be plenty of opportunities. Of course, the real pay comes in the form of handsome Antigua town, watched over by a trio of awesome volcanos, Lake Atitlan and its traditional hill tribes, and the breathtaking remains of millennia-old Tikal.

Panama’s not just for international bankers and big business folk. It’s also for TEFL teachers, offering a whole range of positions both in and out of the buzzing capital of Panama City. You can expect to earn anything up to a whopping $1,300 USD per month in these parts, working an average of 25 hours per week in private schools that often have a focus on business English. And the lifestyle? Well, just get ready for shimmering beaches of white sand on the Caribbean Sea, empty coastlines of roaring surf along the remote Pacific coast, and tropical islands where three-toed sloths clamber through the palm groves.

Although not technically in the bounds of what’s traditionally called Central America, Mexico is often included in the region on account of its vast size and southern extremities in the Yucatan and Quintana Roo. There are oodles of job opportunities to be had here too, from simple private tutoring gigs to professional lecturing positions in state-subsidised universities (you’ll likely need a BA for those). A decent salary would be up to $900 USD a month for around 30 teaching hours per week, but then you’ve also got to factor in the scintillating sands of Tulum and Cozumel, the legendary surf and sea of Acapulco, the vine-dressed ruins of Chichen Itza, and the enthralling energy of Mexico City – tequila anyone?

If you can think of any more awesome TEFL destinations in Central America then we’d sure love to hear about them in the comments below. Or, if you think it’s time you got TEFL qualified and working in those tropical climes, be sure to check out all the various courses we have on offer…