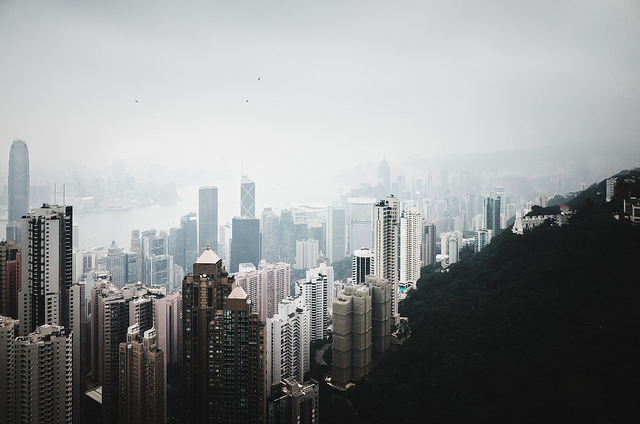 Destinations in Asia where Chinese people love to go on holiday

When the sleepless streets of Shanghai get just a little too much, or the buzzing inner-city districts of Beijing begin to overwhelm, where do China’s locals head for a little rest and relaxation? Well, with some great air connections to a whole host of destinations in Asia now on offer to citizens of the People’s Republic (not to mention TEFL teachers who opt to settle here!), there’s everywhere from shiny Singapore to the exotic climes of Bali on the menu. Check it out…

A Special Administrative Region of the People’s Republic, though defiantly different in its ways, Hong Kong still offers an interesting and exciting change for Chinese mainlanders. Of course, it’s one of the easiest destinations in Asia for travelers out of cities like Macau, Shenzen and Guangzhou to get to, with the Hong Kong–Zhuhai–Macau Bridge set to make access across the Pearl River to Hong Kong even easier in years to come. It’s certainly worth hitting this one up too, with Victoria Harbour and neon-dashed Kowloon proving a truly dramatic duo of metropolitan sight. And that’s not even mentioning the rustic villages and monasteries of Lantau, the beaches of Lamma and the fishing towns of the Outlying Islands!

Another of the top TEFL destinations in Asia that’s also a popular holidaying spot for Chinese tourists, Taiwan has plenty of treats up its sleeve. For starters, there’s the electrifying cityscape of Taipei, spiked through by the soaring 101 tower and loaded with the sprawling imperial relics of the mighty National Palace Museum. Then there’s the island’s breathtaking backcountry, levelling out at snow-topped peaks with mystical legends about them at Yushan, and sparkling in ivory-white at Baishawan Beach in the north. Oh, and of course, the gem-shaped isle nestled between the East China Sea and the South China Sea is really easy to get to from the Republic’s mainland, with regular ferries across from Fuzhou and oodles of daily flights to boot.

Okay, so it’s hardly a nippy flight for Chinese folk heading to Bali from Beijing or Shanghai, with the regular daily connections on the likes of Garuda Indonesia clocking up a total time of around seven hours. However, with the advent of recent indirect connections on budget fliers like AirAsia, and the draws of the so-called Isle of the Gods on the other side, it’s easy to see why thousands of Chinese tourists are opting for Indo’s sun-splashed Nusa Tenggara these days. Just think, there’s the jungle-shrouded art galleries of Ubud, the paradisiacal beaches of the Gili Islands, the surf swells of Bukit and the party nights of Kuta to enjoy once you’re there!

It’s a pretty hefty hop across the breadth of South Asia from mainland China to the paradisiacal beaches and sandbars of the Maldives. Peppering the Indian Ocean in a series of beautiful atolls and cays, this archipelago nation is certainly worth the journey though. It’s a picture of tropical majesty, with rustic bamboo shacks lining the beaches, swaying groves of coconut palms sprouting from the islets, and award-winning sand strips from Seenu in the south to resort-dotted Lhaviyani in the north. Add to that some of the clearest diving waters in the world, a series of surf swells and spicy cuisine influenced by Indian Kerala to the east, and it’s easy to see why this one’s a top choice amongst Chinese travelers.

A bucket-list-topper of all the destinations in Asia if there ever was one, Singapore makes its home on the very tip of the Malay Peninsula. A sprawling, seething megacity of millions, it may not immediately seem like the best travel choice for the urban dwellers of China. But, great air connections and awesome attractions like colossal Sentosa Island, complete with its rollercoasters, Universal Studios, nature walks and pristine beaches, make it a sure bet. What’s more, Singapore is perhaps the single most attractive city for budding foodies. That’s thanks to its patchwork of multicultural districts, which range from the spice-scented thali eateries of Little India to the endless market stalls of Chinatown (some say there’s even dim sum and braised pork to rival Shanghai!).

Can you think of any more favourite destinations in Asia for Chinese tourists? Or, are you interested in trying some of these out, with help from a TEFL qualification of course? Be sure to check out our courses page and leave comment below…