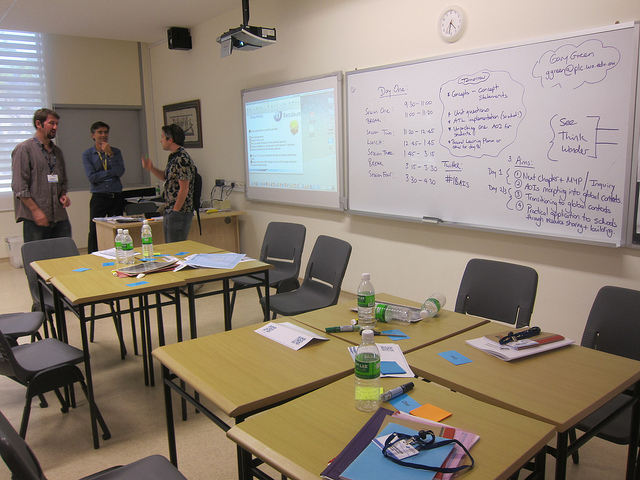 5 TEFL games that even teenage students will play

No matter if you’re teaching a group of young kids who’ve just taken their first steps into the world of English language learning, or a group of maturing teens who’ve a penchant for sitting sulkily in the corners of classes, this list of much-loved TEFL games is sure to break the ice, get the grammar going and the vocab flowing. Enjoy…

You might remember this campfire-side staple from your own teenage years spent in the great outdoors – or not! Either way, there’s no question that the story game is a classic amongst TEFL games that’s a sure bet for students of all ages. How’s it played? Simple. Organise your class in a circle, nominate one student to start and give them a suitably open subject or topic. This can be anything along the lines of ‘a scary experience’, ‘my first travel trip’, or even relatively outlandish things like ‘UFOs’. Each student says a single word, which is repeated and added to by the next student. As you go clockwise around the circle the story slowly builds up, the sentences getting more complicated and difficult as you go! There: immersion and repetition in one.

The description and action game

A great choice for both young learners and teenagers who’ve just started on their EFL journey is the description game. This can be done in several ways, but you’ll need to make sure the class has a basic vocab of adjectives, and can understand simple descriptive and imperative sentences aurally. The real beauty of this one is how simple it is to get rolling though – all you need is a classroom and the students. Get your learners to stand and slowly walk around the room. Then, throw out random commands that involve both descriptions of the students and imperatives. ‘Everyone with a blue top on sit’; ‘brown-eyed students stand on one leg’; ‘whoever ate porridge for breakfast (sub that for something a little more local perhaps!) turn around’ – it’s all fair game!

Ah, Board Race – that saviour of many a stagnant class! Every teacher of kids and teenagers (perhaps even adult learners) should know this one. Start by dividing your class into two teams (you can even keep this consistent each week for a bit of added competitiveness). Divide the whiteboard/blackboard in two halves too, and give each team captain a different coloured marker/chalk. Finally, write a topic at the top of the board and get teams to run up and write as many things related to that topic as they can in a minute. Not only is this great for getting the energy flowing and kick-starting kids and teenagers in the morning, but you can also test out a wide variety of subject areas, from plurals to simple vocab lexicons and more.

The lie game is a famed introduction device that’s great for getting new classes (particularly young teenagers and shy kids) to mingle at the start of term. Unfortunately, a basic level of English is required for the rules to run smoothly, so this one’s better when used with higher-grade classes. Start by handing each student a piece of paper. Get them to write three facts about themselves: two that are true and one that’s a lie. Hopefully you can see where this one’s going… Each student reveals their ‘facts’ one-by-one and the class votes on which of them is a lie for each particular student. (I’ve had some pretty weird and wonderful occurrences in the classroom with this one – a child once adamantly claimed he’d been to the moon, and apparently that wasn’t the lie!)

Last but most certainly not least is the hammer of every teacher’s TEFL games toolbox, the knife and fork of their cutlery set; the mainstay of the English language learning world: Hangman. If you don’t know the rules to this one already then read on folks – this one’s a perfect lesson starter for all ages, let alone just kids and teenagers! Either think of an adjective, noun, object or verb and draw enough blank lines on the board so students know how many letters they’re looking for. Then, get the class to suggest digits to fit each blank space, filling them in if correct and adding a rather macabre line to the gallows of a stick man if they aren’t. Morbid perhaps, but darn fantastic at getting the energy levels up and the vocab flowing!

Do you think we’ve missed anything out? Perhaps you’ve got some other great suggestions for TEFL games that are great for teenage learners? We’d love to hear about them!