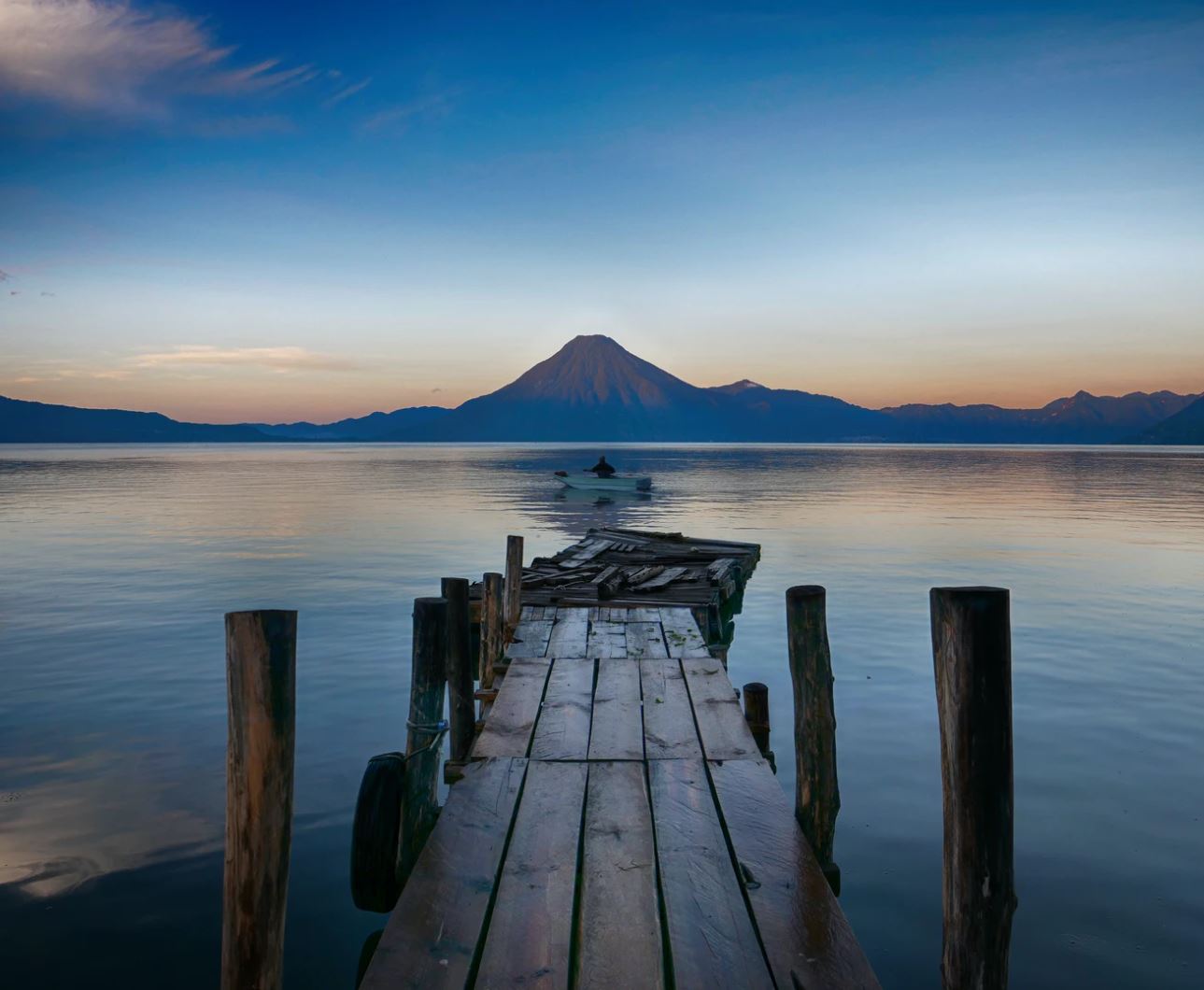 Places you have to see as an English teacher in Guatemala

As an English teacher in Guatemala, you’re going to have all sorts of incredible locations right on the doorstep. From soaring volcanos to coffee-scented rainforests, ancient sites once inhabited by the Maya people to immersive colonial towns built by the Spanish conquistadores, you’re not likely to get bored. Here are just five places that we think you 100% have to have on the itinerary…

Tikal is a mega must for any English teacher in Guatemala. This is the country’s answer to Peru’s Machu Picchu and Mexico’s Teotihuacan. Rising from the vine-strewn, moss-caked rainforests in the far north of the country, it offers a glimpse into the pre-Columbian world of the Maya. There are stacked and terraced temples like the soaring Tikal Temple I, which clocks up 47 meters in height. And there’s a whole acropolis topped with residential buildings and royal court rooms and more, all set around a vast central plaza. Bear in mind that the place dates back to 400 BC, making it over 2,400 years old!

Pacaya is a colossal volcanic massif that belches plumes of sulfur and smoke into the skies of Central America south of Amatitlán and Guatemala City (the place where you’re most likely to be based as an English teacher in Guatemala). Although active, the ridges and peaks that crumple this corner of the country have become a mecca for adventure travelers. Folk come to trail run on the frozen lava fields and hike to lookout points that showcase broiling magma flows. Talk about an escape from the classroom!

Prepare to be enchanted by Antigua Guatemala. One of the most immersive old towns in the whole of Central America – nope, the Americas – awaits here. Set under the cloud-splintering summits of not one, not two, but three volcanos, the town is a moody clutch of Baroque churches and weathered cobblestone streets that oozes charm from every pore and facet. It’s a bustling place today, favored by digital nomads, adventure travelers, and coffee aficionados. Don’t miss the yellow-painted archway that gates the center or the impossibly handsome Catedral de Santiago.

The Rio Dulce is the main artery of a fully connected waterway system that links up Amatique Bay in the Caribbean with Lake Izabal further inland. It’s a veritable wonderland for those who like to explore by boat, with ample opportunities for kayaking and canoeing through untouched rainforest environments. There are a few highlights along the way that are sure to catch the eye: The Castillo De San Felipe fort, raised by the Spanish to fight off pirates back in 1600s, and the thatch-top villages of Monkey Bay, which even featured as a backdrop in the original Tarzan movies!

The nature reserve of Semuc Champey is hidden away in the verdant jungles of northern Guatemala. Like some long, lost Shangri-La, it carves through the woods on the courses of the Cahabón River, forming a series of limestone bluffs that are now flooded with glistening turquoise water. The place has become a mecca for wild swimmers, who come to cool off in the streams and crystal-clear H2O as monkeys and exotic birds swing in the vines and flit through the airs all around. There’s also a steep, zigzagging hiking trail that can whisk you up to the soaring El Mirador lookout station, where you get unrivaled panoramas of the Alta Verapaz forest canopy.

There are loads more awesome places you have to see when working as an English teacher in Guatemala. If you can think of any that should be on this list, be sure to add it into the comments below. Alternatively, check out our courses page for more info on getting the 120-hour TEFL course you need to apply for jobs in this part of the world.