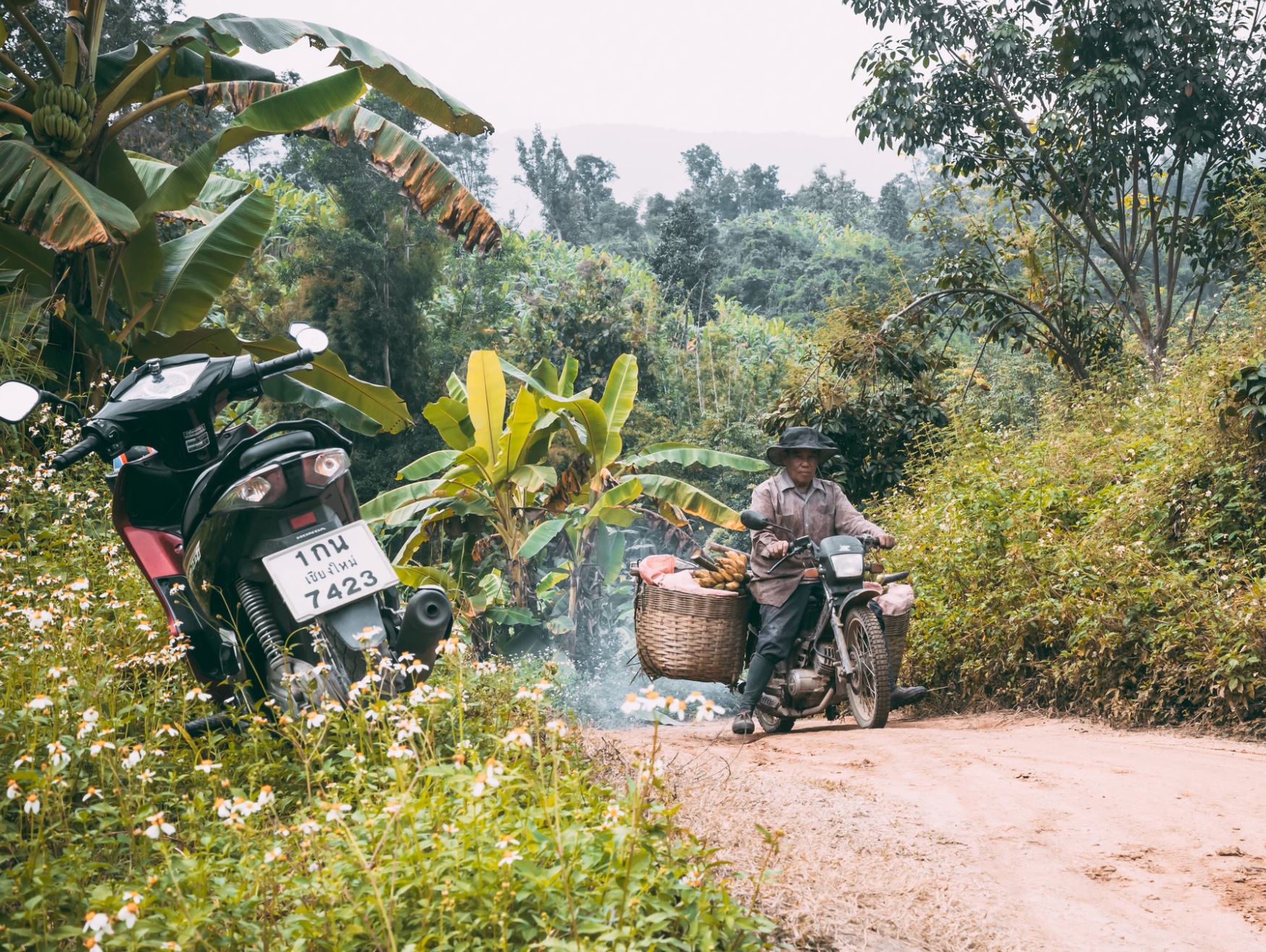 7 things every Chiang Mai TEFL teacher has to see and do!

Ah…Chiang Mai – we love you! A city that’s both old and new, bustling and serene, it sits up between the jungle-covered hills of northern Thailand with ancient Lanna-era temples and shrines. Travelers flock in to hop hilltop stupas and delve into buzzing night bazaars. They come to explore the UNESCO-tagged Old City and taste spicy stir fries in local eateries. Chiang Mai TEFL teachers will also get all that, not to mention a job in one of the most amazing towns in the Land of Smiles, where expats, fellow teachers and digital nomads all congregate by the thousands. Let’s take a look at seven reasons why it’s just so darn awesome…

The half-ruined rises of Wat Chedi Luang have come to be one of the symbols of the city of Chiang Mai. They mark the bustling heart of the historic core of the town, looming above narrow alleys filled with traditional Lanna cottages and coffee-scented cafés. The site actually dates to the 14th century, although the building wasn’t entirely completed for at least 100 years after that. When it was done, the result was an 82-meter stupa that was the tallest in the entire kingdom. These days, the spot is frequented by international visitors who come to discuss life, philosophy and everything in between with the resident monks.

The second temple on this list is the much-photographed Wat Chiang Man (seriously, if you’ve seen a postcard of Chiang Mai, you’ve probably seen Chiang Man!). Located on the northern edge of the Old City, it is hailed as the town’s oldest shrine. Sure enough, its story goes back all the way to 1297 AD, when Mangrai, the first king of the Lanna, commissioned the structure. Today, you’ll get to see the beautiful Elephant Chedi, with its gold-gilded top tier, and the large wihan where Buddhist monks come to chant and meditate.

The Chiang Mai Night Bazaar is a sprawling, ramshackle mishmash of just about everything you would expect from the largest market in northern Thailand. There are stalls sizzling with pad Thai noodles, rows of sellers touting elephant-print hippy pants, stacks of jewellers and novelty T-shirt hawks. All that fits into just a few blocks between the Tha Phae Gate and the Ping River, so expect it to be crammed with bodies and bursting with noise!

Cool off in the Sticky Waterfalls

Whether for a good cooling off during the Land of Smiles’s hot season or an off-road adventure through the jungles, the Sticky Waterfalls are a great getaway for any Chiang Mai TEFL teacher. You’ll find them nestled in the karst mountain ranges to the north of the town, roaring over a few muddy ledges between vine-strewn woodlands. Why the “sticky”, you ask? That’s down to the unique geology of the falls, which mean mineral protrusions make them easy to scale and climb.

The soaring shrine of Doi Suthep glimmers high on the horizon above Chiang Mai. It’s a tantalizing site; one that every Chiang Mai TEFL teacher simply has to see before they leave.Tourists will often go for the easy option and get a taxi or songthaew directly the top. But locals know better. They embark on a pilgrimage known as the Monk’s Trail. It weaves out of the downtown of Chiang Mai and into the jungles and waterfalls beyond, taking between three and six hours, depending on the temperature and how fast you eat up the trek. The reward? Think spinning prayer wheels and amazing golden pagodas, along with sweeping views across the mountains of north Thailand!

Have a weekend in Pai

Some 132km and 762 bends in the road lie between Chiang Mai and Pai. But in spite of the winding way there, it’s a trip made by loads of Chiang Mai TEFL teacher staff and expats each weekend. Why? Well…let’s just say the mountain town of Pai rolls to a slower beat. It’s a land of bamboo reggae bars and riverside cocktail joints, of charming night markets and bubbling hot springs. Throw in a rather lively nightlife scene and you can see why it’s such a popular escape from the classroom!

Chiang Mai might not have the same penthouse sky bars as Bangkok, or the chilled beach bungalows of the southern islands, but don’t despair on the nightlife front. In fact, every veteran Chiang Mai TEFL teacher knows there’s a buzzing nocturnal scene in the city. The likes of Zoe in Yellow – a big and loud pop disco with smoky, neon-lit dancefloors – are where you can expect to end up. To start the night, consider hopping down to the alternative THC Rooftop bar or the more refined Writers’ Club & Wine Bar.

If you think we’ve missed anything on this list of the seven things every Chiang Mai TEFL teacher has to see and do (and we must have, because Chiang Mai is awesome!), be sure to leave your extra suggestions in the comments below. Or, if you think you’re ready to hit this enthralling city in the Land of Smiles, check out our dedicated Teach in Thailand program.