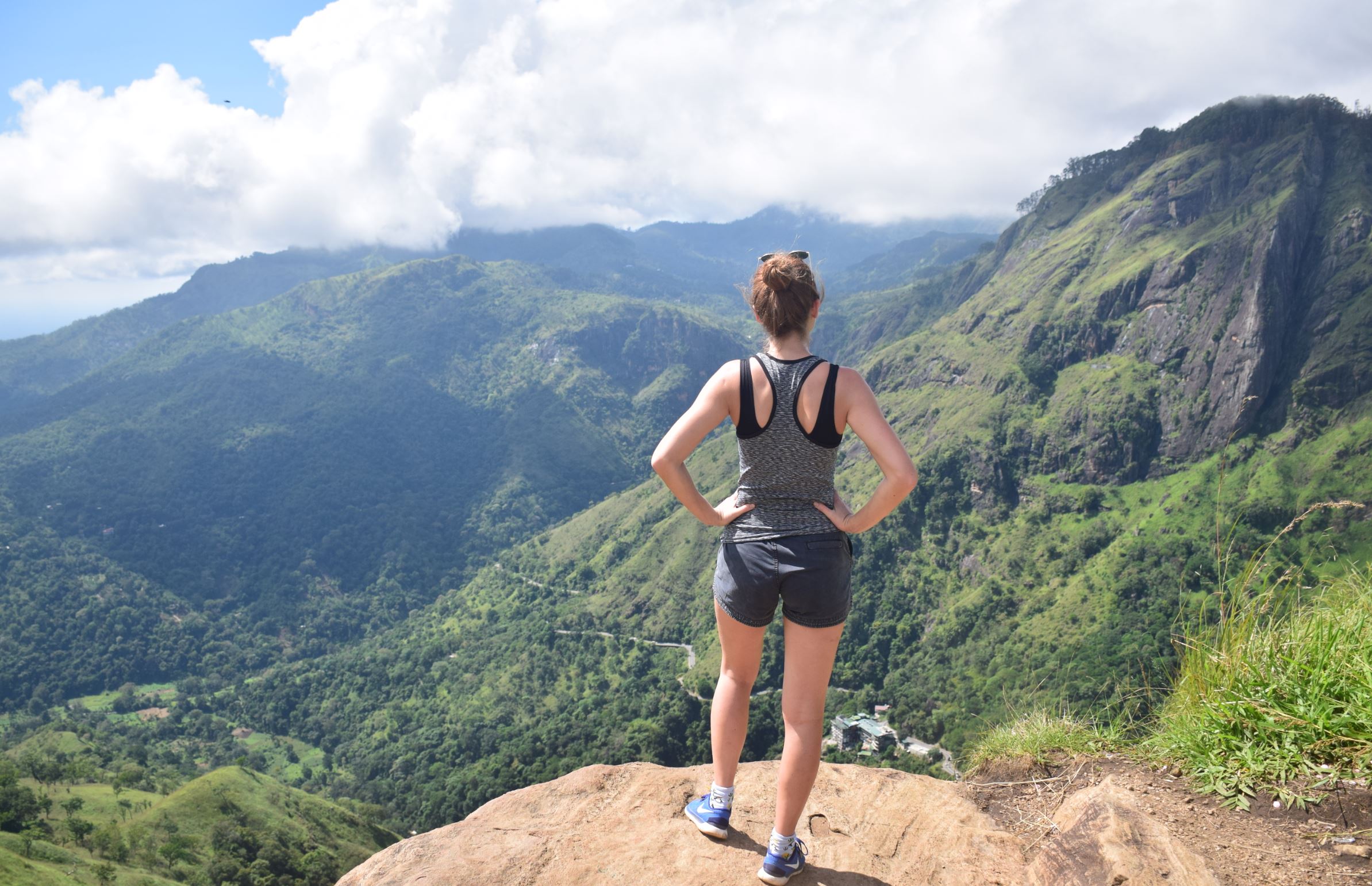 The so-called Teardrop of India is a stunner of a South Asian destination. Packed with mist-haloed mountains and glimmering beaches, it’s a perennial favourite of the holiday crowd. But you can also score jobs teaching English in Sri Lanka, or simply hop over from one of countless TEFL destinations in the region to explore some seriously awesome spots…

Ella is a place where mist swirls around knuckle-shaped mountains. It’s where green tea fields cascade down valleys next to gushing waterfalls. It’s somewhere laced with remote hiking paths and summits with soaring lookouts. Right in the middle of the Sri Lankan Central Highlands, this is the country’s tea-growing and trekking center. It’s long been a backpacker favourite, but it’s also popular with folk teaching English in Sri Lanka, largely on account of the breathtaking train ride that can take you here direct from Colombo.

Kandy is like the Yin to Colombo’s Yang. With its mystical Buddhist shrines and peaceful urban lake, it’s a place to go to balance out all the freneticism of the city with something a little more meditative. Trips to the Temple of the Sacred Tooth Relic and the big, brilliant-white Bahirawakanda Vihara Buddha Statue are musts – they both offer a glimpse at the deep religiosity of the island and its people. The city also has pleasant hotels overlooking verdant hills, and flowering parks where you can watch macaques play in the fruit trees.

They call Sigiriya the Lion Rock. It’s a majestic piece of geography, jutting straight up from the jungle and the gallery woods of central Sri Lanka like something out of a Disney movie. Atop the ancient protrusion is a palace and fortress that was built by the ancient kings of Anuradhapura, sometime around the 5th century AD – that’s a whopping 1,500 years ago! Among the most amazing features are the glistening mirror walls and the zig-zagging staircases that lead to the ancient citadel on the top of the rock. Beneath that are sprawling pleasure gardens and reservoirs that are thought to be among the earliest examples of urban planning in the world. No wonder the whole thing is a UNESCO World Heritage Site!

Hiriketiya Bay is one of the major surf meccas of the south coast, only it doesn’t feel like it. The waves here are not as accessible and far less busy than their compadres up in Weligama and Hikka. That means you can still wake with the dawn chorus and find yourself all alone on the breaks, save for a sea turtle or two, perhaps. And even if you don’t want to surf, there’s a whole horseshoe bay of glistening gold-white sand and stooping palms, along with plenty of chilled beach shacks selling cocktails and healthy poke bowls.

If you’re teaching English in Sri Lanka and feel like you need a little hedonism, you could do far worse than to make a beeline for Mirissa. In the last few years, this happening beach town has gone from chilled-out hammock central to no-holes-barred party town. At night, fire shows and happy hours grace the main shoreline strip, where the best bars burst with big crowds of travelers. During the day, you can sizzle off the hangover over on Secret Beach – it’s hidden under the palm-covered hills a little to the south-west of the center.

Arugam Bay is where the beaches are glimmering yellow and the waves…well, the waves are pretty much perfect. Ask any surfer on their way to Sri Lanka and they’ll probably have this chilled coast town of the east on their radar, at least between June and September (the dry season over on this side of the island). But you don’t have to bring the board in tow. There’s a line of cool beach bars serving longball cocktails, you’ve got some lovely jungle B&Bs with sea views, and the sands are perfect for classic R&R!

If you’re a veteran of teaching English in Sri Lanka and have anywhere important to add to this list, we’d love to hear your thoughts in the comments below. Alternatively, be sure to check out our TEFL courses page, which can put you on the path to a new career somewhere exciting around the globe.