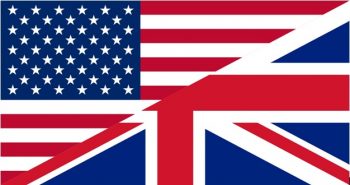 What are the differences between British and American English?

The differences between British and American English go beyond the accent. Here are some of the ways that people from the US and UK differ in speaking and understanding the English language.

It’s clearly the same language, but why do Brits and Americans sound so distinct from each other?

If you’re a native British talking to someone who lived in the U.S. for a long time, you might end up either misunderstanding each other or having a long debate about which “English” is correct. More than a whiff of royalty, British English has a few key differences from American English.

At Preply, close to 2,600 English language tutors can guide you through language learning and break down the nuances for you. Whether you need to learn British or American English, there’s bound to be a language expert who can go through one-on-one lessons with you.

How Does American English Differ From British English?

Let’s try to dissect the nuances between the two variations of English:

The first thing that you will probably identify is how different the two English varieties sound like. We’re going to go slightly stereotypical here but some people think that British English sounds intelligent and posh, while American English has a bit of a twang and a tendency to swallow some syllables.

Here are some accent and pronunciation details that make both variations distinct from each other:

On top of this, states in the U.S. have their own varying accents themselves – think Texas and California. The same is true with British territories: People from London might find talking to Manchester residents a bit of a challenge. In other words, if you think British and American are the only English variants, you’re actually missing out on dozens more.

A British English speaker who tells an American where he lives will probably receive a response like “You’re living in a flat what?”. The word “flat” – which is “apartment” in American English – is just one of the hundreds of words that differentiate the two English versions.

The table below shows some of the most common words in American English vocabulary that are presented differently in British English:

If you get the chance to talk to someone using a different English variety, one of the best strategies to understand them is to look at the context of the entire sentence. From there, you should be able to guess what that weird word means.

Although both use the English alphabet, some British words are spelled different from the American version. Most of the spelling nuances may be categorized within the following:

Here’s a fun historical fact: Some of the differences in spelling were initiated by Noah Webster (yep, the same Webster whom a famous dictionary is named after) because he wanted to make American English distinct, apparently to show that America is independent from England.

This part is where much of the difference lies, although grammatical variations are not as obvious as the nuances in spelling, accents, and vocabulary. Let’s take a crack at some of the most common grammar differences in American and British English.

It’s pretty much a rule in American English for collective nouns to be treated as singular. Words such as team, group, band, and staff are considered single-unit entities, and are therefore considered singular.

The team is excited to go.

However, it’s not uncommon for British speakers to use the same terms as plural items.

The team are excited to go.

You may think that past tense and present perfect tense are two absolutely different grammatical rules, but the latter is used in British English to refer to events that have recently occurred.

American: Did you get the package?

British: Have you got the package?

That last statement is also peculiar, in the sense that British English uses “got” as a past participle form of “get”. This is unlike American English rules, which use “gotten”.

While we can all argue about which variety of English is correct, acceptance is key to figure out the nuances in both British and American English. After all, what’s important is that we can understand and talk to each other, right?