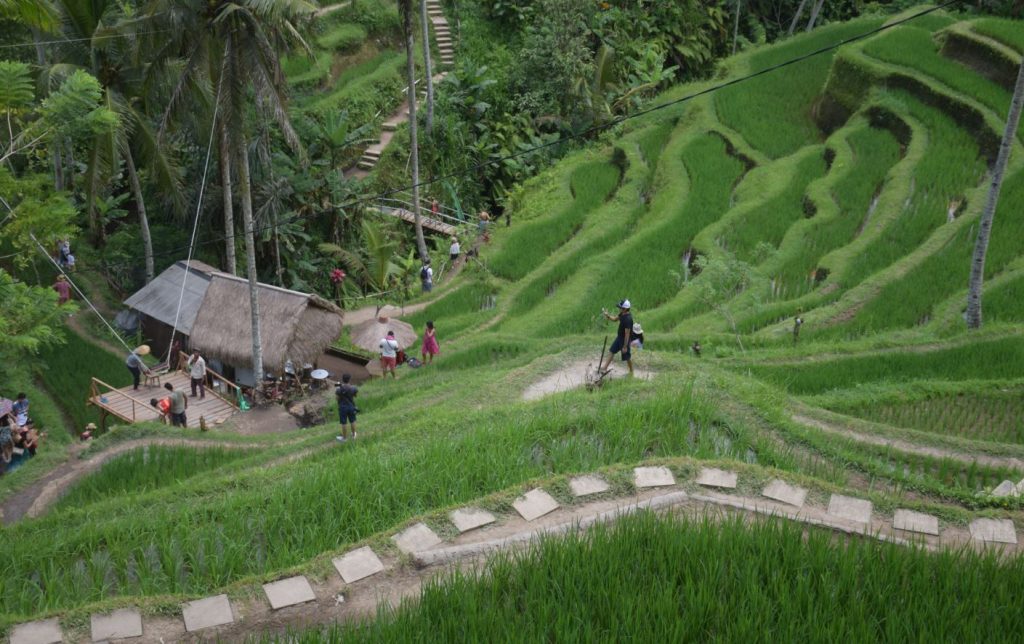 Bali’s easy to love. With its mystical Hindu temples and surf-bashed bays, its rugged clifftops and its happening beach life, you can always find something to keep you going on the Isle of the Gods. Throw in its ease of accessibility and its taste-bud-tingling food and you begin to see why it could just be THE BEST weekend break for teachers in Asia.

Shimmering beaches that line the southern shores merge with pockets of swaying coconut palms. The land crumples up from the coast to host hidden rice paddies that cascade like green waterfalls down the muddy ridges, all shrouded by monkey-swinging jungles. Then come the hulking volcanoes up north, soaring to the clouds like sleeping stone giants, shooting plumes of ash and smoke into the skies. Yep, Bali is one darn wild, primordial, pretty place.

It should be easy to get to

With the rise of budget carriers like AirAsia ad Jetstar, hopping to Denpasar International Airport has never been easier. First off, there are loads of short-haul connections from right across Southeast Asia, meaning it should be just a few hours in the air for EFL teachers in places like Hong Kong, Shanghai, Jakarta, Xiamen – the list goes on. Secondly, there are loads of links to big air hubs like Bangkok and Kuala Lumpur each day, so even if you can’t bag something direct, there’s almost certainly something indirect in the offing.

It’s got some of the best beginner surf breaks going

Looking to hop on a board for the first time? One word: Kuta. This elongated stretch of beach that goes all the way from the runways of Denpasar Airport to the hip and happening town of Seminyak on Bali’s south coast is awash with surf tutors, board rentals and coconut sellers (the last one, just in case you’d prefer to watch your mates do the riding). The waves it gets are nice and easy-going, too. They are beach breaks, crashing left-to-right and right-to-left over soft sand banks.

…and some expert ones

If you’ve already found your water feet and have been riding the waves for some time, you’ll discover plenty more reasons why Bali is THE best weekend break for teachers in Asia down on the likes of Suluban Beach, Padang Padang and Bingin Beach. All of those are ringed by reefs of rock and coral that cause the swells to roar higher and faster, creating pushing peaks and curling tunnels that are hailed as some of the top surf breaks on the planet. 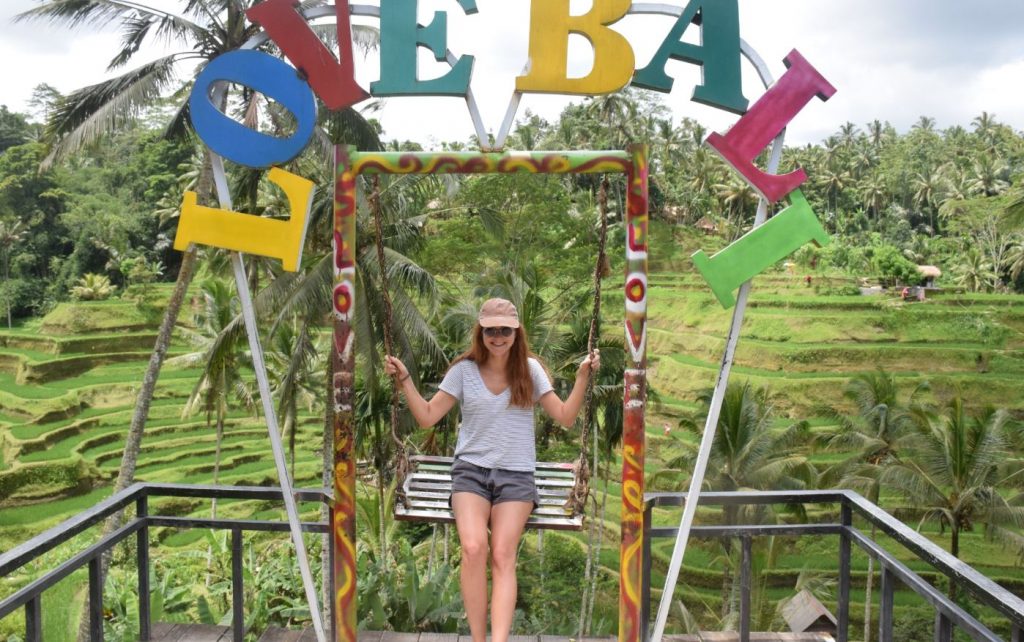 It’s the HOME of peanut satay

There’s a whole other reason why the Isle of the Gods is THE best weekend break for teachers in Asia…well, peanut-loving teachers in Asia, at least. It goes by the name of satay and it’s one of the mainstay dishes of Indonesia. You can grab it in most all of the cozy warung eateries, a pile of chicken skewers or tempeh or tofu (for the veggies) doused in a peanut-scented sauce with hits of chili and lemongrass. Mmmm.

You can hike volcanos

They might belch out plumes of ash and smoke now and again, but Bali’s volcanos still beckon intrepid hikers. They can be found shouldering above the jungles and lakes on the north side of the island. Gunung Batur is the most popular for expeditions. It’s common to rise early, scale to its peak – which takes around two hours in total – and watch the sunrise across the pearly blue Bali Strait and the cloud-shattering volcano peaks of Lombok in the distance.

You can laze by the pool/sea

Unlike destinations like Thailand and Malaysia, Bali is brimming with pool-ready villas. You’d be surprised how easy it is to bag yourself somewhere with a little dash of luxury on the Isle of the Gods. That might mean a palm-shaded garden with a pool spilling out onto rice paddies, or a seaside condo with front-row seats over the Indian Ocean surf. And why not? You deserve it after all those hard-fought past tense lessons and vocabulary word trees, eh?

It’s a ticket to the Gili islands

Oh, the Gilis: A string of shimmering little islets that pepper the waters of the strait between Bali and Lombok, they’re a cocktail of sloshing cerulean seas, resplendent coral gardens, flapping sea turtles, exotic mola-mola fish, bulbous sea sponges and white-sand beaches so white you’ll need to have the sunnies on to see them. Weekends of no-holes R&R await those who head here, just a couple of hours’ speed boat from the arrivals in Denpasar Airport.

The wildlife is amazing

Gulping geckos and multicolored birds can be spotted before you’ve even had breakfast in Bali. After it, you could head out to encounter human-like crab-eating macaques in the Monkey Jungle of Ubud or find some Sumatran elephants in the sanctuaries that hide in the forest. If you’re the sort to don the scuba gear, then the underwater wonderworld beckons – home to surfing dolphins, reef sharks, huge manta rays, endangered sea turtles – loads.

It’s got temples to make you gasp

Unlike the rest of Indonesia, Bali isn’t Muslim. It’s Hindu. Centuries of that unique heritage has nurtured a truly earthy and enthralling religious culture, one that’s almost palpable in the marvelous temples and shrines that dot the land. Incense smoke twists and turns on the streets each morning and there are effigies to the god Ganesh in almost every alcove, but there’s really nothing like seeing the island-top Tanah Lot temple or the pagoda-spiked Ulun Danu temple. They’re ones to write home about.

Are you ready to go somewhere where Bali is right on the doorstep? A TEFL qualification can help. We’ve got all sorts on offer, from online courses to on-location courses.